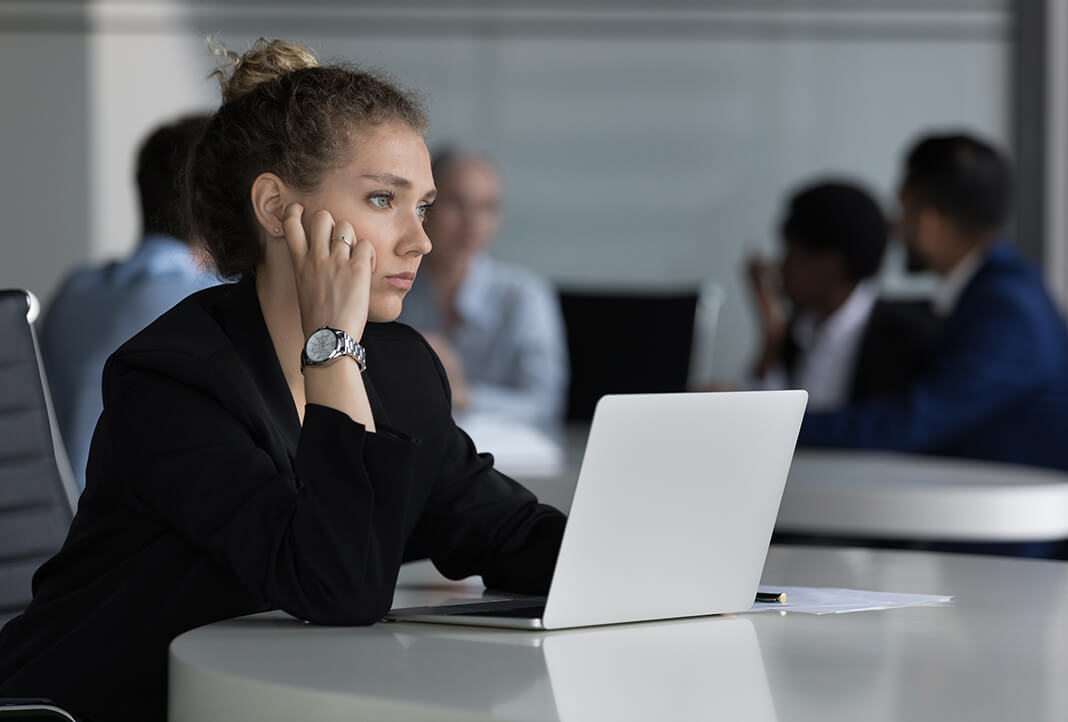 Once leaders understand the business-world traditions workers are re-considering, they can have better conversations about supporting workers’ wants and needs.

After a profoundly challenging two years, workers are re-considering the risks associated with certain business-world traditions, according to a new anthropologically informed field study. Is staying employed at one organization for many years the right decision? Is a comfortable retirement at 65 achievable or desired? Is climbing the corporate ladder worth the stress, long hours and return on investment? These and other re-considerations are challenging traditional business-world assumptions about company loyalty, financial security and personal and professional fulfillment. To stay ahead, organizations must act.

According to the Worker Identity Research Collaboration (WIRC), a worker sentiment study authored by Martha Bird, chief business anthropologist, ADP, and her research partner, Shelley Sather, “Career choices are often tied to financial security. But we’ve matured in our understanding that nothing is certain. The business world moves in more agile ways, often at the expense of employee security. Knowing this, people are re-defining what job risk really means.”

Several research participants believed that loyalty was a relic of another era, according to the report. Feeling abandoned by their organizations, some workers are re-considering the value and benefits of long-term loyalty. Though they’re still encouraged to pursue the American Dream, of hard work and devotion to one organization, that dream is no longer a reality for many. This doesn’t mean people aren’t committed to their organizations — just that many don’t envision years with the same one. Workers now live under different social, technological and economic circumstances, such as increased social and economic stratification, fueled partly by growing income inequality and the digitization of jobs historically categorized as low-skilled. Some are asking themselves, “What if I lose my only job? What if my employer lays me off? Is loyalty worth it, and is it a two-way street?”

“People are increasingly aware that, when it comes to the bottom line, companies implement cost-cutting measures directly impacting people and jobs,” Bird says. “The idea that nothing lasts forever is a reality in today’s fast-changing workplaces.”

Many workers were encouraged to work now and play later, to hustle and grind today so that they may retire and gallivant tomorrow, according to the report. But some no longer see retirement as achievable because, even though they’ve worked hard, they don’t have the resources to retire, or they’re finding it hard to persist until retirement because their priorities have shifted. In other words, assuming that one will be capable of retiring has become riskier for some.

“Some of the people we spoke with, reflecting on their parents and grandparents, were resolute in their belief that, regardless of how hard they worked, they would never be able to have a similar quality of life,” Bird says. “Others have watched their parents struggle to retire — or struggle while retired.”

Some have considered micro-retirements, or short career breaks that let people enjoy life sooner rather than delaying gratification until their older retirement age. They can learn new skills, change jobs, prioritize their mental and physical health — whatever they want.

“Many don’t see how they will be able to retire comfortably, regardless, so why not enjoy more of life now?” Bird says. “While some people may wish to take leave from their employer altogether to experience a micro-retirement, some might find the option of a sabbatical worthwhile. The latter is one that leaders might consider to retain workers who might otherwise leave and not come back.”

“The new model for career movement is a web instead of a ladder,” the report says. “Success on the ladder, many have concluded, exists for few, and there is very little control over progress and outcomes.” In other words, for many, the ladder poses plenty of personal and professional risk for potentially little to no meaningful reward. Ascension, the report says, promises but doesn’t consistently deliver better social standing, which some may not desire, and improved financial security, which some may never achieve. Consequently, some workers have re-fashioned their careers as sinuous, sprawling webs, where they’re free to take various directions instead of climbing the proverbial ladder. “At the heart of it,” the report says, “is a shift from pursuing a career path to creating your career portfolio.”

“The metaphor of climbing the ladder implies incremental improvements in status — in the form of titles and higher income,” Bird says. “People are intentionally seeking work and jobs centered around enjoyment and purpose. Leaders need to reflect on their own beliefs related to climbing ladders. If workers are looking for greater ownership, variety and choice over what they do, then it may be worthwhile for leaders to rethink how progress is messaged and managed.”

“Chasing titles does not guarantee financial security and is a less attractive narrative,” the report says. “It’s not that people don’t want to grow and achieve more; they do. But they also want to create a life less about a direct route to someone else’s destination and more about a self-drawn map to an interesting and fulfilling life.” For some workers, risking enjoyment and purpose in their daily lives in pursuit of titles, which may or may not have meaningful value to them, is not an attractive, satisfying or worthwhile quest. “Many,” the report says, “have arrived at a new measure of success, which is having the tools to adapt and move freely through their working lives.”

“Titles without real agency have begun to feel meaningless to some workers,” Bird says. “Similarly, people leveraging their titles to distance themselves from co-workers and exercise greater control over others are increasingly viewed in an unfavorable light. Titles in both senses feel empty, ornaments more than achievements. Leaders should also beware of employees who attempt to use their titles to exercise unfair advantages over others. A person earns respect through their humility and actions, not their signature line.”

Where one derives personal value is increasingly defined by one’s ability to own their time, “but this is also about financial resilience,” the report says. People are deeply aware of their “fungibility and financial vulnerability.” Consequently, some workers are separating work from an income and developing passive income streams. They’ve asked themselves, “What if I lose my one source of income? What then?” According to the report, people’s ideas about how employment and income are related are derived from older economic systems where people were paid for their manual labour. These ideas are connected to a “struggle mindset” of endless working, and some have questioned whether the struggle remains necessary to earn a living.

“People are experimenting with new ways to generate income. For those who have witnessed their parents labour tirelessly with little to show for it, the idea of hard and often physical work as the only route to economic freedom has proven untenable. More and more people are discovering that income and hard labour aren’t default companions,” Bird says. “Today, people are finding ways, largely supported by digital technologies, to create income streams without obligation to the so-called ‘daily grind.’ For some, especially those raised in working-class households with parents who instilled that hard, physical work is the path to achieving the American Dream, questioning this mindset can result in feelings of guilt.”

Once leaders understand the business-world traditions being re-considered, they can act. Creative leadership discussions can be had about meeting workers where they are and giving them the resources, flexibility and autonomy needed to lead personally meaningful and fulfilling lives. It’s a matter of making workers’ wants and needs the center of attention.

The following considerations are designed to help leadership teams have meaningful conversations about how to support workers’ evolving wants and needs. From there, leaders can consult with employees to discuss what works best for everyone:

2. What assumptions do we have about loyalty and retention?

3. How are our assumptions about loyalty and retention reflected in our management?

4. Are the people we want to retain being retained?

5. Do we reward our great makers and doers with jobs in management?

6. Is management the only option for advancement or more money?

7. Is our career structure a ladder or a web?

8. What are we doing to understand the skills that can transfer to different roles so that there are more directions employees can take?

9. How important are title and status in our organization?

10. What do titles and status mean in our organization?

11. How can we create roles that show people they matter?

12. Do we understand what employees want and need other than a paycheque?

13. Are we offering benefits and opportunities for different life stages and circumstances?

14. Are we training people to develop skills and preparing them for their next role, even if it’s not with us?

15. Do people know how their work impacts the organization and its customers or clients?

17. Do we care where people work, or is this more about what to do with real estate?

18. Can we structure jobs around the work that needs doing rather than around time, giving people more control over their schedules?

19. Do managers appreciate that the people doing the work are the experts on how to do it?

20. Do we help managers facilitate expert-informed work, or do we give them a lot of process and administrivia instead?

Want to know more about workers’ thoughts and feelings?

This article originally appeared on SPARK powered by ADP. 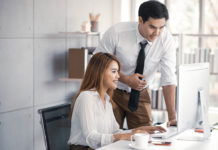 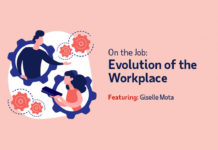 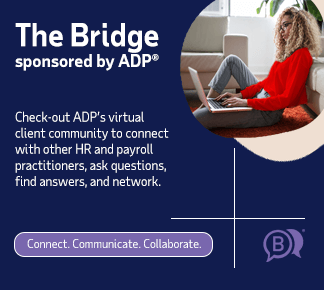 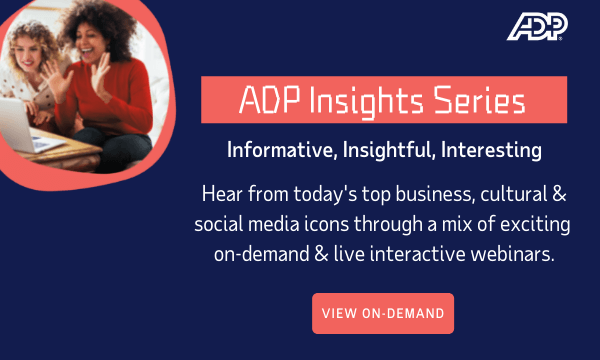 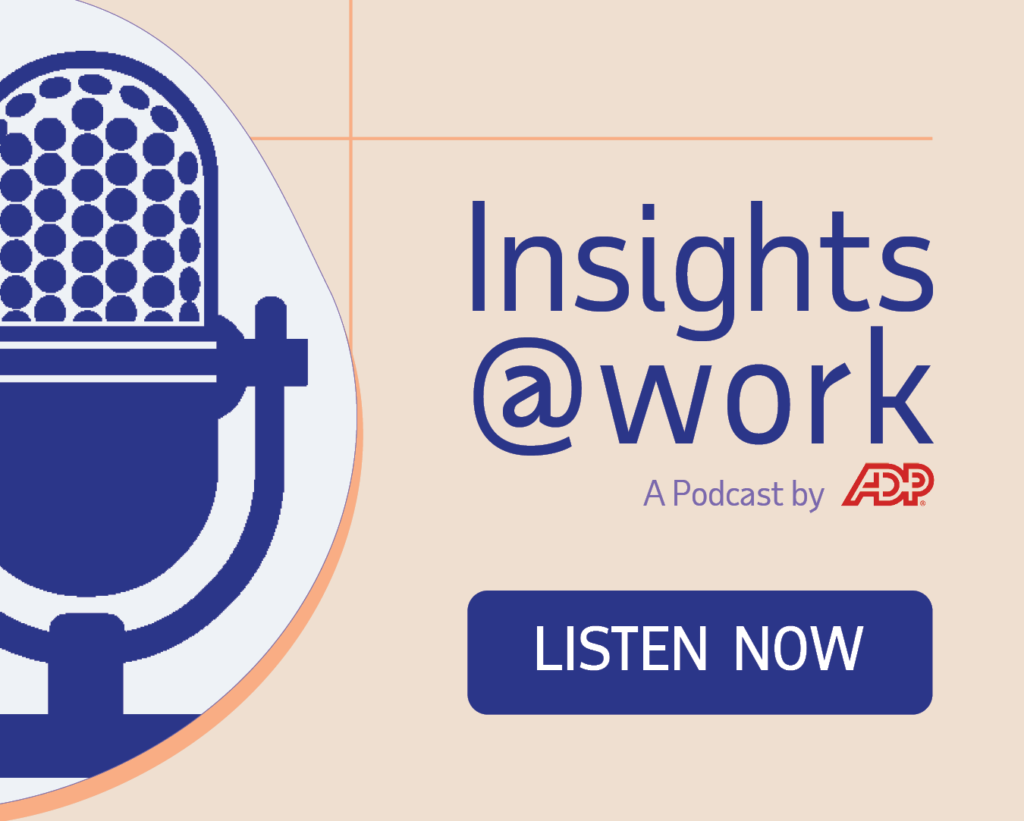